I’m going to give everyone a warning on the second day of December – the majority of my posts this month will involve Christmas one way or another. This post happens to involve the one of the best parts of Christmas for many children (and “children” above the age of 20) – lots and lots of presents! 🙂 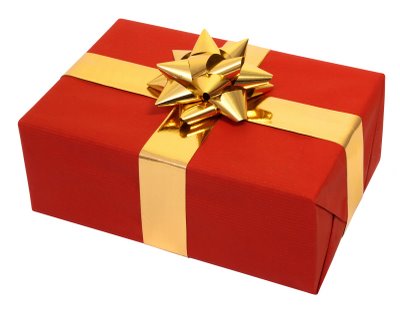 The religiously inclined will argue against the materialism of giving gifts; instead, they would prefer that everyone reflects on the actual, symbolic meaning of Christmas. While I respect this view tremendously, who are they kidding? Children will be children. Unfortunately, they would much rather receive a video game than listen to stories about Jesus’ birth. I guess it’s just one of the fallacies of our society. In the pursuit of materialistic satisfaction, we all are guilty of forgetting about what really matters from time to time.

So going back to presents. I remember my very first Christmas gift. It was something which I knew would generate a lot of laughter from my classmates when I told them. They all received things which I would have envisioned opening for myself on Christmas morning – a new Nintendo game, a new action figure, a toy car, etc. But I received something which confused me. Something which was disappointing in comparison to the gifts my peers were fortunate to have. My brother and I both received a $20 bill. On the note that “Santa” left, he suggested that we open up a savings account, deposit the money, and keep saving up. Now, I was kind of startled that daddy (errr, I mean “Santa”), wanted to give sound financial advice to a child, but many years would pass before I realized the true benefit of this move.

Now I sit atop a relatively large portfolio of stock investments as I generate revenue to help save up for medical school. Instilling the concept of “saving” early on has significantly contributed to my conservative ideology in that I’m not much of a gambler. Greed is a very foreboding enemy, and it comes in all contexts. I intend on remaining immune to its relentless temptation. 🙂

So in conclusion, I ask my readership two questions: