The second round of the 2010 Playoffs are already underway, and the Cleveland Cavaliers are looking good! King James has been crowned the MVP again, a back-to-back feat accomplished by only a handful of NBA legends, and his Cavaliers have won Game 1 against the Boston Celtics. 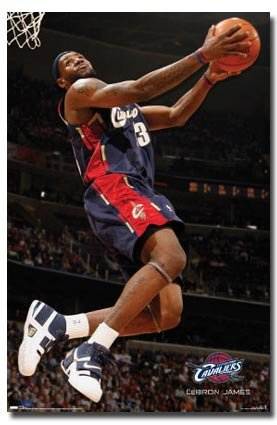 Although the San Antonio Spurs entered the playoffs as the 7th seed, they easily defeated the #2 Dallas Mavericks (MUCH to my satisfaction) and should continue posing a challenge to any team they come across. Orlando is the only team to have swept their opponent in the first round, and Dwight Howard, Vince Carter, Rashard Lewis, etc. seem to have their sights on getting back to the championship as they did last year.

My dream championship matchup would pit the Lakers against the Cavaliers with King James and company taking the trophy in six games. Lebron is well worthy of a championship at this point in his young career. The only question is whether or not he’ll stay in Cleveland or use his free agent status to travel elsewhere.

The next few weeks should be interesting. 🙂 Not to mention that the FIFA World Cup is coming up too! Ugh, there always seems to be a massive sporting event to distract me each block. Oh well, LET’S GO CAVS!